Back to POLITICAL THOUGHT AND CULTURE 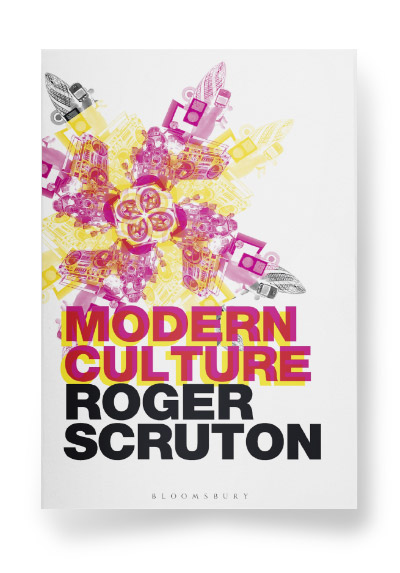 Received by the British press with equal acclaim and indignation, this book sets out to define and defend high culture against the world of pop, corn, and popcorn.

It shows just why culture matters in an age without faith, and gives an extended argument, drawing on philosophy, criticism, and anthro-pology, against the "post-modernist" world-view.

Scruton offers a penetrating attack on deconstruction, on Foucault, on Nietzschean self-indulgence, and on the "culture of repudiation" which has infected the modern academy. But his book is not only negative. It is a celebration of the true heroes of modern culture and a call to the higher life.

The American edition of this famous and notorious work has been revised to take account of the controversy which it has inspired, and contains new material specially directed to Americans.

"Scruton is a witty, articulate, artful writer as well as a keen analyst, and before arriving at that recommendation, he engagingly critiques the Enlightenment, fantasy as opposed to imagination, Romanticism, aesthetic modernism, the avant-garde and kitsch, the rock-based pop culture he calls "Yoofanasia," and the intellectual fashions of contemporary academe. For all its seriousness, this is a brilliant and delightful book." – ALA Booklist

Friday 18th June - On Human Nature - please join us for the next Scrutopia Book Club meeting with Prof. Anthony O'H… https://t.co/YW1W4fiLQf
RT @drudgerydivine: Just found this old @jordanbpeterson retweet of my article in @touchstonemag on him and @Roger_Scruton. cc: @PaulVand…
RT @praxiscircle: Why did we lose our minds in 2020? @VDHanson , @Roger_Scruton , and #MichaelNovak offer simple answers: https://t.co/ob…
Follow Scrutari semper on Twitter
X